Random Acts of Kindness. Why are they so powerful? 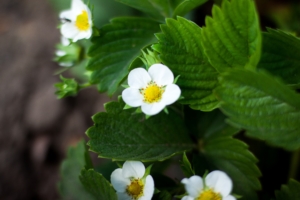 Random Acts of Kindness. Why are they so powerful?

And why are we sometimes asked to pay it forward?

We hear about people doing things for other people spontaneously, a random act of kindness. These acts of kindness are often for complete strangers who we will never meet again. Why do we do things for random strangers? And what does paying it forwards mean?

We are at heart compassionate people, we don’t like to see people struggling, or upset and if there is something that may be a small thing for us to do, isn’t putting us out too much or costing a lot of money, we often try to help them although sometimes it feels as if we are increasingly living in a world where we don’t notice the world around us. It is easy to help a friend, and we often feel the need to help friends, as if it is expected of us, but we often help complete strangers, who we will never see again.

What prompts us to do a random act of kindness?

They are spontaneous gestures. It may be simply letting someone go ahead of you in a queue, or helping to carry a suitcase down escalators or picking up something they have dropped and handing it back to them. We may see someone try to pay for something and not quite have enough money, so we pay the difference, of we buy a stranger a coffee, or help someone who appears to be lost.

What do we get out of it?

I believe it’s really straightforward and that we get the simple satisfaction of having helped another person. I doubt if the majority of people think ‘Aren’t I an amazing person ‘ instead a lot of us believe that if it was us or a member of our family they would like to think that someone would help them. This is a comforting thought as we seem to live increasingly in a world where we need to tell everybody what we have done and be rewarded for it.

I often see articles with ideas on random acts of kindness but to me that defeats the object as it suggests an element of preplanning and the idea is that we make a decision, in that one moment in time, to pay for something, carry something, buy something, whatever the recipient needs.

What does the recipient get out of it?

It depends on how they are feeling at the time. People have said that they had been feeling at a very low ebb, isolated and unloved when a complete stranger had bought them a coffee or helped them carry their bags, and that one gesture had meant that they felt that somebody had noticed, and cared about them, even if only for that second. For others who are already feeling positive, it enhances that feeling and many people then go on to do something themselves for a complete stranger. This is known as paying it forward.

Why do people say to pay it forward?

If someone helps you and doesn’t want a reward, they will often tell you to help someone else or to pay it forward. This can form a chain of goodwill, and if someone does something for us, we are more inclined to do something for another person.

Why are Random Acts of Kindness so powerful?

They are unexpected, unplanned, which magnifies the impact. If we are not expecting someone to help us, we are more appreciative when they do. They are most powerful when we are struggling with anxiety and depression as it is hard to trust people and we feel invisible to others, as if the world is carrying on around us but nobody notices or cares about us. Imagine if this is how you are feeling and someone that you have never met does something for you, without prompting and without wanting anything back from you, usually they do not even need to engage in conversation. Imagine if that was the only human encounter that you had that particular day and they ask for nothing in return or at the most they tell you to pay it forward. We seem to live in an increasingly automated world. Self service is the norm, and sometimes people go for days without any human interaction, and then the interaction that they have is very terse, or people too busy to make eye contact or actually acknowledge them.

So next time you see someone struggling in any way put yourself in their shoes and maybe you will then do an act of kindness for them. Who knows, they in return might pay it forward by doing a random act of kindness to another complete stranger. Who knows how many people’s lives that one simple act could eventually touch?

What does nature mean to you?